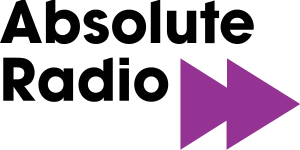 Absolute Radio (originally Virgin 1215) is one of the UK's three Independent National Radio stations. The station rebranded to its current name at 7:45 am on 29 September 2008.The station is based in London and plays popular rock music. It currently broadcasts on medium wave and DAB across the UK, on 105.8 FM in London, Sky (channel 0107), Virgin Media (channel 915), Freeview (channel 727) and Freesat (channel 724). It is also available in other parts of the world via satellite, cable, and on the Internet. As of 31 December 2013, international streaming via the internet has been discontinued. Absolute Radio is a patron of The Radio Academy.Absolute Radio is owned and operated by Bauer Radio of Hamburg-based Bauer Media Group, it forms part of Bauer's national portfolio of radio brands.
Source : https://en.wikipedia.org/wiki/Absolute_Radio